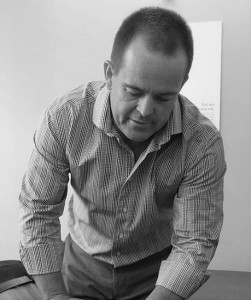 Andrew is originally from Western Australia and moved east to study chiropractic when chiropractic studies were only available in Melbourne. Shortly after commencing practice, Andrew and Frank Jowett decided to combine their skills and establish practice together. They have been at three different locations in the CBD in the past 25 years and have called Market Street home for the past 13 of those.

Andrew has enjoyed working with problems commonly found in office workers and has been a strong advocate of combining the ‘magic’ of chiropractic care with myotherapy to achieve quick and effective results for the most common musculoskeletal problems.

Recently Andrew has undertaken post-graduate studies in functional neurology. This is an exciting new direction in chiropractic. It closely assesses the functionality of the nervous system and uses the relationship between different neuronal pools to effect change.

When not at work Andrew is most likely to be found outdoors, either on a bike, on a snowboard or camping. He has participated in a couple of long-distance charity rides in recent years, helping to raise money for Starlight Children’s Foundation. Andrew has seen the remarkable benefits of chiropractic care over his years in practice and undertakes regular care himself.

Frank always wanted to work closely with people, and to assist them with their health issues. He had originally started working as a Radiographer but quickly realised being a technician was not his calling. Having long been interested in staying fit and healthy he saw Chiropractic as a natural fit.

Frank graduated as a Chiropractor in 1985 and started working at a practice in the Melbourne CBD. Not long after this, he formed a partnership with Andrew Moulton and together they created Jowett and Moulton Chiropractic.

Frank helps patients to appreciate the journey towards health and encourages them to actively participate in their treatment. He assists his patients to identify the causes of their problems and to make changes that prevent further recurrence.

“Many people come to me for help.  Each person’s story and problems are uniquely different.  For this reason, no two people receive the same treatment.  The management of every case is tailored to the individual.”

He has an inquisitive and open mind that regularly sees him pursuing a personal interest in topics as diverse as energy therapy, dietary therapy, exercise therapy and meditation.

Over the years, Frank has continued to hone his skills and expand his knowledge.  He regularly travels throughout the world to learn and study with the leaders in his field.

“My passion is in healing, and interesting others in the transformational capabilities of the human body. I believe everyone can gain something from hands-on therapy”.

Chiropractic has been a part of Flynn’s life since he was a child. His uncle and grandfather being Chiropractors, Flynn benefitted from the multitude of advantages Chiropractic care provides a junior athlete – and still gets adjusted regularly.

Flynn graduated with a Bachelor of Chiropractic Science and a Master of Chiropractic from Macquarie University in 2010, and has worked in a variety of practices throughout Australia and in Japan, where he lived for three years. He is passionate about helping people achieve their best, in any discipline, and believes regular Chiropractic care complements a healthy lifestyle no matter what your goals may be. 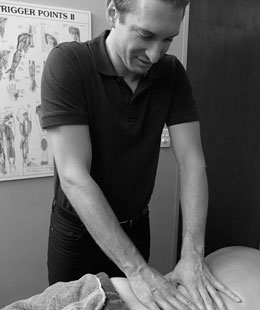 Cameron completed his studies in 2006. Cameron’s practice background is diverse having spent equal time within the CBD dealing with corporate bodies and also in-house for elite level sporting teams.

Cameron has honed his craft on high-performance bodies as a practitioner for Melbourne Storm Rugby League Club, Queensland Rugby League and NSW Rugby League state of origin squads and the Australian Cricket squad.

Cameron has also had great success helping those with ‘office-based injuries’ over the last several years during his time at Jowett and Moulton Chiropractors.

In his spare time, Cameron plays semi-professional soccer and is in training for triathlons. Known for his down-to-earth personality and well thought out treatment plans, Cameron is a fantastic practitioner using a variety of treatment styles and exercise prescription to help correct, manage and prevent injury reoccurrence. 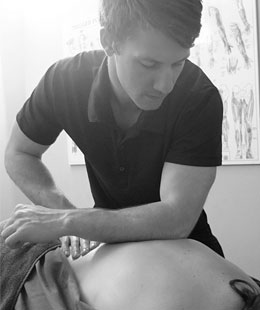 Steven graduated from RMIT University completing an Advanced Diploma of Remedial Massage (Myotherapy). Steven’s sporting interests have led him to work in the local football and soccer clubs in addition to his commitments at two clinics.

Steven’s main aim in the clinical environment is to see more people less often to know that he is doing his job well.

When not working hard, Steven enjoys his social life on the weekends, going to his local football games and snowboarding in the winter months.

Brendon graduated from RMIT completing the Advanced Diploma Myotherapy in 1996. Recognising the benefits of combining Chiropractic and Myotherapy, he quickly developed rapport with Jowett & Moulton Chiropractors.

After 5 years of clinical experience in Melbourne, Brendon created opportunities to work with elite and recreational athletes in multidisciplinary clinics in Whistler, London and Tokyo. Working closely in Pilates Studio Training in London, he developed a strong belief in the benefits these principles add to the recovery and understanding of specific pain symptoms. This knowledge and approach resulted in the opportunity to work as the Head Myotherapist and Pilates trainer at Tokyo Physio for 4.5 years.

Brendon has always had a strong relationship with sport throughout his life, specifically running, cycling and skiing with a healthy obsession for adventure and travel. This passion resulted in a 23,000km tandem bicycle tour from Canada to Chile with his wife supporting the charity ‘World Bicycle Relief’. His new motto; movement and self-belief is the answer to personal health and empowerment.

Returning to Melbourne with this wealth of experience, we are glad to have Brendon back at the Jowett & Moulton clinic.

After many years in Corporate Banking, Teresa decided to follow her passion for massage and alternative healing practices. Graduating from the Australian College of Massage and a member of AMT, Teresa specialises in Remedial, Sports and Deep tissue massage. Teresa’s belief in Massage and its healing benefits led her to further investigate how massage was used in many traditional cultures. As a result, Teresa has completed further studies in Hawaiian Lomi Lomi massage and Hawaiian healing practices.

Teresa’s desire to work with Jowett & Moulton Chiropractors stems from her belief that combining chiropractic care and massage produces effective long-term results and that caring for the body and mind are vital to the longevity of your health.

Further to Massage, Teresa also facilitates a number of workshops in stress management, mindfulness, ‘Yoga Nidra’ and art therapy. Over the last 5 years, Teresa has held “Wellbeing Retreats” in Hawaii and Australia for Private groups and Corporates.

Away from the massage world, Teresa enjoys outrigger paddling and has competed as a novice in Australia and Hawaii. Having just found her passion for running, Teresa enjoys training for Melbourne events with her eye on an overseas ½ marathon sometime in the future. 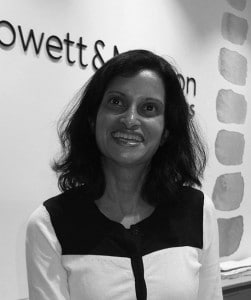 Deanna has worked at Jowett and Moulton Chiropractors since 1996 and prior to that was a patient of Frank Jowett’s for four years. Deanna works at the Front Desk as well as taking care of the administration of the practice. Deanna says that the best part of her job is the interaction with the patients and the opportunity to get to know people. She also says that it is pleasing to see the transformation in patients with initial pain and discomfort to good health and well-being.

Deanna is married and has an adult son. Deanna is a Collingwood fan and may be spotted at most Melbourne-based Collingwood matches during the footy season. Deanna also enjoys reading and gardening and keeps fit by walking and doing Pilates regularly. Deanna says she maintains her sanity by doing a weekly meditation session with Malcolm in the yoga studio.

Nicole, her husband and two adult children have been patients at Jowett & Moulton for many years and each enjoys an active lifestyle in their chosen sports including running, cycling, gymnastics, rugby and basketball. Nicole has run the Paris and Berlin Marathons as well as 7 Melbourne Marathons and hopes to continue long distance running well into the future. In her spare time, Nicole attends Italian language classes, enjoys travelling and names Italy as her favourite destination.

Nicole is very happy to be back behind the front desk welcoming the familiar faces of Jowett & Moulton’s long standing clients as well as new patients to the practice.

Discover our approach to chiropractic and myotherapy.

Find us near the corner of Market St & Flinders Lane.